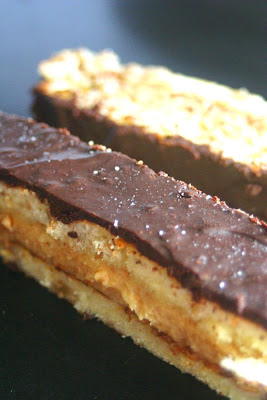 Wednesday's almost here,
Gosh, I still have no new post
Where is my laptop?

In the kitchen I sneaked,
To cook something I really love
Then I thought why not this cake

The cake is baked
Opened some wines to go with
Then we ate and ate.

This isn't adieu but a short farewell. I will be out for a while and so is my internet :-) I will be seeing you all back again from my new place and new kitchen. Isn't that great? Have a pleasant day blogging friends.

I am sending this cake over at Lore of Culinarty for her monthly Original Recipes. For more details of this cool event go check her out. 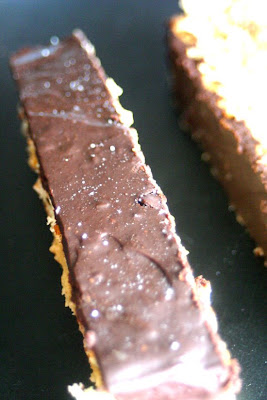 Line two ½ sheetpans with parchment paper. Butter the paper. Sift together the almond powder and sugar. In a separate bowl beat the eggs to break them up. Add the sifted almond and sugar mixture as well as the vanilla. Add the flour and continue mixing. In a another bowl using the beat the egg whites to soft peak and while still beating slowly add the granulated sugar. Continue to whisk until the mixture is at full peak and glossy. Fold this mixture into the egg, almond & powdered sugar mixture. Remove ¼ cup of the mixture and stir into the melted butter. This will allow the melted butter to completely mix into the larger mixture. Divide the mixture in three parts sprinkle them with hazelnuts and bake for about 7-10 minutes at 200° Celsius. Invert onto a clean sheet of parchment paper and peel off the parchment. Let them cool to room temperature then cover with plastic wrap to keep it air tight.

Stir the water, sugar and espresso in a casserole and bring to boil and wait that it reduces in volume. Let it cool and add your caramel syrup. For the creamy caramel syrup Half a cup of sugar dissolved in 1/4 cup of warm water. Boil this mixture until it becomes dark brown in color. Then slowly pour 1/4 cup of fresh cream. Mix well.

for the Peanut Butter Buttercream

In a beat the butter until it becomes light and free of lumps. Set aside. Put the eggs and egg yolks in a bowl and whisk for a minute. Put the sugar and water in a sauce pan and cook without stirring until the mixture reaches thickens. Pour the sugar mixture slowly down the bowl and mix slowly. When its well incorporated whisk it again at a higher speed and beat until it cools down. Add the butter and continue mixing. Fold the peanut butter and mix well. 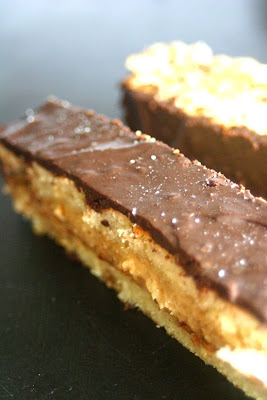 Put the chocolate in a medium bowl and keep it close at hand. Bring the milk and cream to a full boil, pour it over the chocolate, wait 1 minute, then stir gently until the ganache is smooth and glossy. 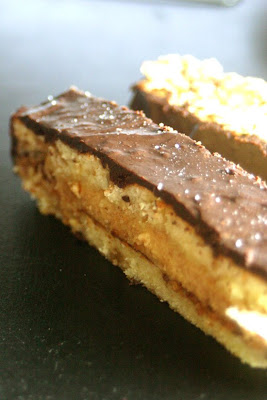 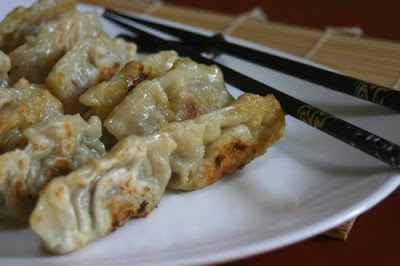 I must be really getting old!

My empty kitchen seemed larger than its usual size with most of our stuffs removed. With barely five days left before the D-Day (our move, that's for the late tuners) it was such a big dilemna for me to choose which things go first in the carton for packing. Unfortunately I am not the right person when it comes to decision making and organization. For I find myself already unpacking the electric mixer I just sealed thirty minutes ago for the recipe I planned to prepare. And oh my bowl, I recalled. Retaining which box I put it was another story. So before I finally settled for the right box to open my electric mixer was already gone. I looked around but it wasn't there except for my thirteenth month old daughter looking at me innocently as she blabbered words I don't understand. She probably told me, "Let's play hide & seek Mama". Well she has this habit of playing with any stuffs she finds and lose them eventually in the house. Unfortunately, I am the playmate who needed to find them. One time my keys, my celfone and even my wallet, imagine that. I needed to cancell my rdvz to turn the house upside down only to find them. Well you know she pass her time following me in the house and watching my every move. She's like a shadow or a two and half feet stalker tailing on me. When she sees I am readying up to go out she brings me my shoes. And mind you she knows how to say the word "shoes" instead of the complicated french word "chaussures". :-) I opted to teach her the english word rather than the Tagalog word "sapatos" which is even harder than the french one to pronounce. Well to cut the story short, I desperately searched for the mixer but it was in vain. But God was still on my side, after finding accidentally the missing chopsticks she played with few days ago. I though, hmmmm how about eating something Japanese.

My daughter is truly adorable but sometimes I am torn between giving her a kiss or a hug. :-) Grrrr

This beef gyoza goes off to Eat the right stuff for their blog event "World Egg Day". For all the egg lovers out there, this event is for you. 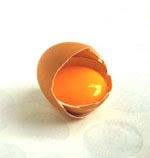 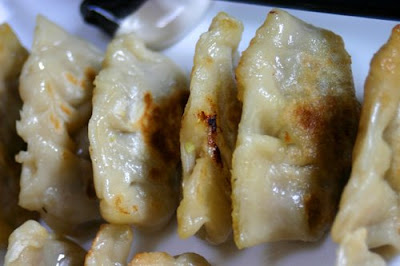 for the dough:
2:1 ratio
2 cups of flour for every cup of warm water

Mix them well until they become smooth and elastic. Roll them as if you are making a baguette (french bread) then cut them 2 inches thick. Flatten them and form a round shape. To make even sizes you can use your ramekin and cut it along with a sharp knife.

Mix them well together. Put about a teaspoon of filling on your dough. Fold it and seal them gently by folding the sides. You need to dust with flour your hands and your working table to be sure they don't stick. To cook them, place them altogether in your non stick pan (about 15 pieces). Pour about half a glass of water. Cover and let it boil, after the first boil let it simmer for another two to three minutes. Dump the water and replace it with oil (any cooking oil). And fry them until they are golden brown. You can use any Japanese soy sauce for dipping. 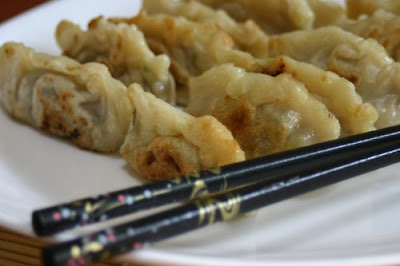 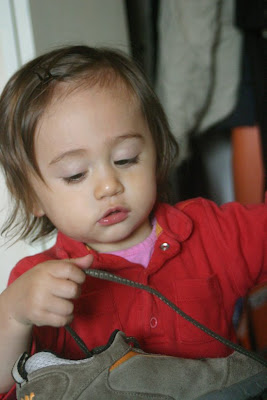 Caught in the act playing with my hiking shoes
for my french readers, you can find the french version here: http://www.lesfoodies.com/news/recette/gyoza-raviolis-japonais-faits-maison