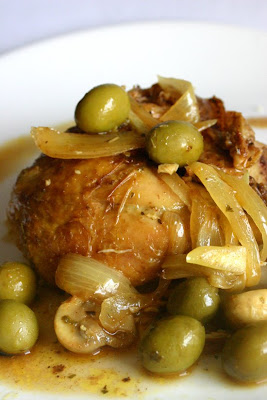 Today, I bumped my head at the fridge’s door and realized that hey, I missed out this month’s DB’s challenge. Ooops.

Gosh, I am totally lost and exasperated with our moving. I have moaned and groaned on this task that every time I finished packing one box it seems there’s another one to make. They are infinite. Oh for heaven sake, do we really have this much of stuffs? I sigh. Probably karma for some good things that I did, our annual family reunion came in as a gift this weekend: for it gave me and my husband a two-day break to do nothing but eat and chit chat.

One of the things I appreciate the most about this family event of ours is the décor: a 17th century five story bourgeois villa in between lavender fields and chestnut & black truffles plantation, indeed the most treasured of our family’s patrimony. And I tell you, on occasions like this I savor more the stories we share on the long table than the sumptuous meal served. Blame it on my frustrations of being a reporter. Hopping from table to table for the latest buzz; Cousin A, the meteorologist in the family just got an offer for a five-year job contract in ! Wow, that’s great everybody’s excited. But hey, isn’t it that France-Tahiti flight being the farthest place we could ever think of flying could cost a whopping 2000 euros per person. Hmm, not really good news I thought. Oh have you heard that Cousin B is back dating again after her recent divorce? Now we have good news! Well Cousin C claimed it is still too early to rejoice for the guy he was dating with is still in the process of divorcing too. Hmmmm! And Oh Uncle A, the doctor finally after years of our convincing accepted to take his much deserved vacation with her wife, they’ll be flying to next week. That’s great, I said. But probably you can advise us on what’s the best one to bring along on our travel; they asked me, backpack or a suitcase? Huh? I replied. Luckily I was saved by my mom-in-law asking me if I already prepared my cocktail dress for Friday’s occasion. No not yet I retorted. Roll out the red carpet for apparently dad-in-law will be honored the highest recognition given by the French government for his unwavering services as the highest judge of the Court of Appeals I hope Sarkozy will be there, I sneered. Gala event’s like that is not really my cup of tea but the free buffet table sounds promising to me I thought. I’m already dreaming of champagne and caviar when my husband approached and whispered on my ears; Honey, I think your chicken is burning!

Im sending this chicken tagine of to Valentina, our host for this week's Weekend Herb Blogging, the even created by Kalyn. 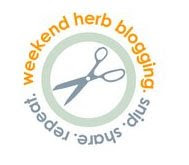 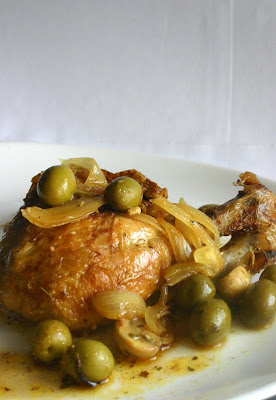 1 whole chicken cut in serving pieces
1-2 pieces of lemon preserved chopped
2 big onions sliced
1/4 cup of olive oil
half a stick of butter
half a cup of green olives
2 to 3 pieces of potatoes
2 teaspoons of tagine spice: curry, turmeric, cumin, etc
some fresh chopped coriander
1/2 a cup of chicken stock

Start by putting half of your olive oil and butter. Brown the sides of your chicken, set it aside. On the same casserole, put the rest of the oil and caramelize your onions. Put back the chicken and continue stirring. Add the spices and the preserved lemon. Add the potatoes and green olives. Put some salt. Pour the chicken stock. Simmer over low fire for about an hour or until chicken is tender and soft. Top it with chopped coriander. 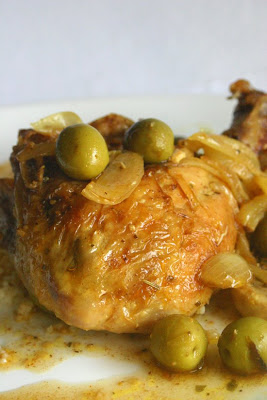 woah! hahaha. That sounds like quite a week!! AND you still managed to come up with such a lovely chicken dish? U work too hard I think!!

Oh, don't worry about the lavash! You'll get 'em next time when you're settled. Besides, we have this delicious tagine, so all's well :)

I think it's more of frustrated *showbiz* reporter, haha!

hi, just visited ur wonderful blog.i was totally fascinated with ur stories of course with ur yummy chicken tagine.

I always have preserved lemons in my fridge, and this tagine is one of my favorite dishes. Preserved lemons are great for soups and stews of all kinds -- anything where you might use olives or capers.

yea, i totally feel you. I completley forgot about this months DB challenge too. Im thinking about doing to today possibly. Your chicken dish looks like a wonderful meal tho!

I hate packing. I hate unpacking. And I'll have to do it soon, yet again. But hopefully for the last time -- no more rentals! yeah!
I love the flavors here. I am a huge lover of curry. Did you use a tangine pot?

Looks like this dish is full of flavor! I hope you are getting settled!

Oh boy moving doesn't sound fun at all! But that chicken on the other hand sounds awesome! Hope you can settle in soon and keep doing all this delicious dishes of yours!

You have my complete sympathy with your move. I've told my husband I am never moving again.

Thank you for sharing the gossip from your family reunion, I felt like I was eavesdropping. :-)

Dang Dhanggit, you really ARE busy! I love hearing all those stories too, I almost felt like I was there :)

Continued good luck on your unpacking, and hey put some of that gossiping family to work :)

I'm moving later this week too! Good thing I am just moving out of my folks' place so I can move my stuff slowly. haha.

This photo makes me long for winter...beautiful pics as I remember them every time dropping in here.! Your villa sounds so beautiful...sounds like it is still in Provence?
Ronell

Wow you have such a colourfull week.
I hate gala dinner, and also love them. I don't like meeting ppl i have no clue about they are in those occasions.
Not that i have gone to lots of gala dinners.
The best thing about these dinners are i get dressed in one of ly silk sarees , they i get all the wows. No dress can match the traditional silk sarees ,well my humble opinion.
Love the chicken too.

Oh man, that looks delicious, especially with the preserved lemons. I'd love a slice of the milk chocolate honey pie below also.

Chicken Tagine with olives and preserved lemons? I am coming over for dinner.
It sounds like you have a great family. Enjoy the Friday celebration, especially that buffet ;-)!

I can relate with the moving dhanggit, as we moved to a new place last year and the packing and unpacking is always tough. At least you have a new place where you can enjoy your chicken tagine!

This looks amazing. I love that you added lemon and olives together. I will be trying this recipe soon.

This chicken looks so delicious! You can put it all together while preparing to move, and having an active social life. Amazing! :)

There are few things as exhausting as moving...maybe giving birth, but that's about it. How you had time to do anything else, much less make this gorgeous dish is a mystery.

I loved reading about your family and of course imagining in my head the gorgeous villa. How lucky to have both in your life for such reunions. I love those family reunions.
Beautiful tagine. I am drooling at the olives. I am a sucker for olives.

Oh yum...do you need to borrow my "Harry Winston" jewels I used in one of my video posts for you gala??!!!LOL

what a lovely chicken dish so awesome!

That looks good! I have been wanting to try lemon preserves for a while now.

Dhanggit, what a lovely dish. It has made me put preserve lemon on my shopping list. I can just imagine the chicken coming off the bone, and all the delicious juices. thank you for your post. it is a great contribution indeed. May I ask if the family reunion is in provence? I just imagined those beautiful lavender fields. Your prose is so engrossing - I nearly felt at the dinner table with all of you

Milk chocolate, walnuts and honey..OMG. Not only does it look gorgeous, but I would give anything for a slice of that right now.

hi. i'm back fresh from the Philippines..boy, you are one energetic lady! and about the unpacking, i totally get you. My suitcases are calling my name, begging me to unpack them! LOL... hope i'll have a dish such as this to eat after I unpack my stuff! good to be back!

Hope you don't stress out too much about your move. Take a bath and light some candles or something.

This looks divine too!

PS -I totally spaced the challenge too! I was so bummed, I had totally been looking forward to it. And since I'm not in the midst of remodeling or a move, what is my excuse?!

An amazing looking chicken dish! Don't worry about the crackers I am sure you have lots going on right now for one your move....

That chicken tangine picture looks like an oil painting. Just need somethin in the background, like the Moroccan market. Beautiful.

Great post.. I had no idea how to use preserved lemons so I'm really liking this recipe.

there is also a greek dish cooked in this way - it uses a red (tomato) sauce rather than lemon preserve, and green olives are also an integral part of it

Oh man, that looks delicious, especially with the preserved lemons. I'd love a slice of the milk chocolate honey pie below also.

Hi, Dhanggit! I am Filipina living in Tahiti right now. You mentioned you have a cousin who got a 5 year contract in Tahiti? I supposed he/she still here. I would love to see him/her around. Besides, Tahiti is a small country of 250,000 people. Anyway, I just recently found your blog when I started to learn cooking. I never cook in my entire 30 years, until I met a French man who lives in Tahiti. At the beginning I really panicked what to do! I remember cooking Filipino chicken adobo and put 10 laurel leaves in it! What a taste! I couldn't even eat myself! Then slowly I started buying cook books and reading food blogs on internet, tried their recipes, and viola! I'm loving it now! I can relate to your recipes easily. I will cook tonight your Chicken Tangine in Lemon Preserves and Olives. It's looking yummy and easy to make. I hope I can make it tastefully right!